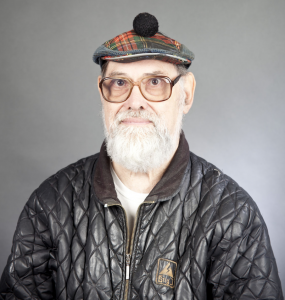 As a group committed to promoting energy efficiency, Douglas County Smart Energy is always looking for success stories. But when I sat down with Milo Anderson, owner of Oregon Tool and Supply, it was clear this was more than a commitment. It was his passion. And it is one he is eager to share.

In business for 35 years, Anderson has operated out of his current location since 1991. At that time, the building had no wall insulation and the service department had no ceiling insulation. So in 2006, he spent $6,000 on six-foot rolls of insulation.

“It was not expensive,” he said. “It was an investment that has more than paid for itself.”

But for Anderson, it’s not about the money. His business philosophy is simple: “Put people first and the money will follow.”

And when it comes to energy efficiency, indeed it has. In 2016 and 2017, he purchased $17,000 worth of LED lighting to replace the fluorescents in both his Roseburg and Coos Bay stores. But this highly energy-efficient lighting cost him only $4,500 for both stores because of incentives available through Energy Trust of Oregon. And he was fortunate enough to find a contractor willing to front the costs to be covered by Energy Trust.

The result: In Roseburg, an electric bill that used to range between roughly $400 and $800 now generally averages between $100 and $350. As for Coos Bay, he has cut his electric bill nearly in half. Anderson hastened to point out that LED’s and insulation are great not only for commercial buildings but for homes in our community as well.

But Anderson also had another creative strategy to save money and limit waste in our landfill. He has made arrangements to take use motor oil for his heating.

This was done after installing a Lanair waste oil heater in 2008 now of which he has a dealer for. In his Roseburg store, bills that once ran as high as $1,178 per month for natural gas have disappeared. He experienced similar results in his Coos Bay location since installing a waste oil heater there too.

Anderson’s commitment in this area goes back nearly two decades. In 2000, he was named Roseburg’s first recycler of the year. In light of the recent cutbacks in available recycling, he had one reaction.

Still, Anderson has, through his example, persuaded other individuals and businesses to follow his lead. In this regard, saving energy, keeping waste out of the landfill and inspiring others is consistent with Anderson’s philosophy: “Put people first.”